Maybelline New York created the backstage makeup look for the Jason Wu FW 2017 show. Here’s how to get the look: 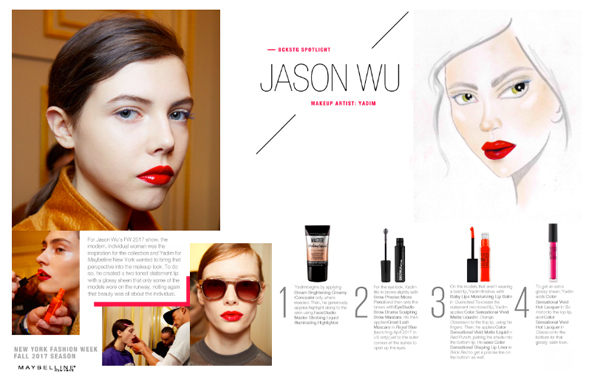 For Jason Wu’s FW 2017 show, the modern, individual woman was the inspiration for the collection and Yadim for Maybelline New York wanted to bring that perspective into the makeup look. To do so, he created a two-toned statement lip with a glossy sheen that only some of the models wore on the runway, noting again that beauty was all about the individual.

Color Sensational Vivid Lacquer in So Hot and in Classic