Introducing the NARS Vintage Nail Polish Collection! Five shades, resurrected by popular demand, with NARS’ signature longwearing formula. Imparting an initial high gloss luster that is water and detergent resistant, these vintage polishes are being brought out from the archives for a limited time. With classic cinema as their common theme, here are the shades (with original launch dates), and the movies that inspired them. 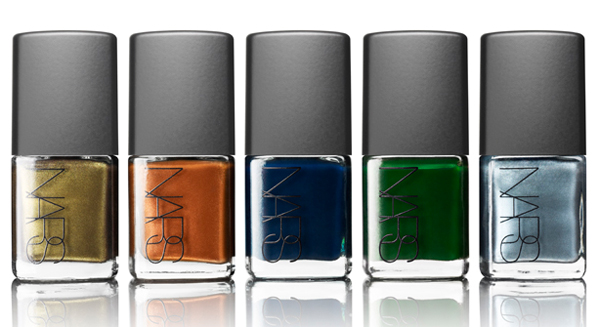 The comedy about the staff of a Korean War field hospital using humor to keep their sanity in the face of war. The film inspired the TV series M*A*S*H.

An epic Vietnam War movie directed by Stanley Kubrick in 1987

Quintessential for fall, the seasonal height of the fashion year, the Vintage Nail Polishes will be available as of October 1st, 2010, for $16 each at narscosmetics.com.