Nothing means more Hollywood and mystic to me than stars from my childhood. I remember watching the International hit TV series Dallas way back when I was growing up in Israel and dreaming about America and of course glamour. This is why I’m super excited to share with you my interview with beautiful Victoria Principal. Victoria is not only famous for her acting but also is a very successful business woman creating Principal Secret  skincare line which is still going strong since it’s birth in 1989. 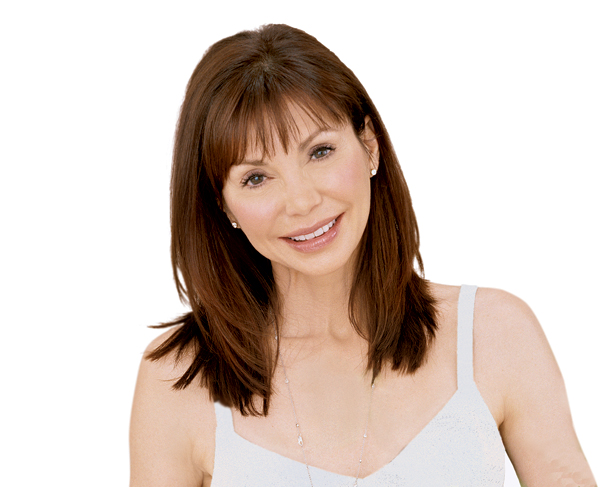 In this interviewVictoria Principal talks to Marta Walsh about…

some of the lessons her career in Hollywood has taught her, her fascination with skincare which resulted in her very own skincare line Principal Secret, their new product addition Reclaim Continuous Lift, giving back by making Principal Secret Advanced available at no charge in the oncology departments of George Washington &  Cedars Sinai hospitals, personal style, and all the things and people that inspire her.

Marta Walsh: Where do you call home?
Victoria Principal: My home is within myself.

MW: Can you share one or two lessons that your career in Hollywood has taught you?
VP: Never be afraid to speak up. It is the things that you don’t say that will haunt you.

MW: When did your fascination with skincare begin and the concept for creating your own skincare line Principal Secret come about?
VP: From my earliest memories, I have always had a fascination with skin. To this day I find the ceremony of skincare to be magical and irresistible. The musical sound of containers being opened and closed. The fragrance that wafts gently to you. The feel of a luxurious formula softening your skin, and the after glow. In my young 20s, I developed adult acne, dermatologists could only prescribe antibiotics to clear it up, and these medicine left me with a terrible stomach ache. I found myself in a vicious cycle of studio skin care and makeup, acne break outs, prescribed antibiotics, the acne clearing up, a bill I could not afford and once again a stomach ache. I decided to break out of this cycle and to search out a healthy and holistic manner to treat my skin. Once I discovered I was allergic to most of the ingredients in skin care and make up, I arranged with a chemist to help make a cleanser, a moisturizer, and an eye product that did not contain any of those irritants. The results were so successful that my girlfriends began to request that I make extra for them. After a decade of doing so it occurred to me, that there was a business in my kitchen, and I decided to take my knowledge and apply it to a skin care line for the public. I created my skin care company in 1989 and debuted it simultaneously in 1991 both in an informercial and on QVC. I’m happy to say, that the company has exceeded even my wildest expectations.

MW: What makes the Reclaim Continuous Lift product stand out from the rest?
VP: Continuous Lift is a clinically tested and approved formula that safely lifts most problem areas on your face and neck. Unlike other lifting formulas, with proper use, Continuous Lift does not dehydrate nor damage the skin. Because Continuous Lift is an active formula you can swim, shower or walk in the rain, without diminishing the lifting effect. Continuos Lifts lasts up to 8 hours and can be safely applied day and night.

MW: Is it true that Principal Secret Advanced is recommended for women undergoing radiation treatments and chemotherapy?
VP: It has been used in the oncology department of George Washington Hospital for thirteen years and at Cedars Sinai for seven years… We do not charge for the skincare, as I consider it a privilege to be helpful. We also provide this line to a number of shelters for women seeking to remake their lives after surviving abusive and often physically disfiguring relationships. Also, we have never advertised this line for Cancer patients, but have instead, depended on the word of mouth from woman to woman. Over the years, Radiologists and doctors have also joined in suggesting it to patients, to help them through the difficult course of treatments and as a means of minimizing the negative effects upon ones skin.

MW: Your favorite drink?
VP: Old fashioned southern sweet tea, but my guilty pleasure is 7- Up.

MW: What is your favorite film and/ or TV series?
VP: My very favorite contemporary series was The West Wing, my all time favorite television series, was Dallas. I cannot narrow it down to one single movie, but a few of my favorite’s are: Godfather 1 and 2, The Right Stuff, Out of Africa, The Piano, Dances with Wolves and The Family Stone.

MW: How would you describe your personal style?
VP: Jackie Kennedy on acid.

MW: Who and what inspires you?
VP: The millions of people around the world who extend random acts of kindness every day of their lives anonymously.

TM & Marta Walsh would like to thank Victoria Principal for her time and brilliant interview.