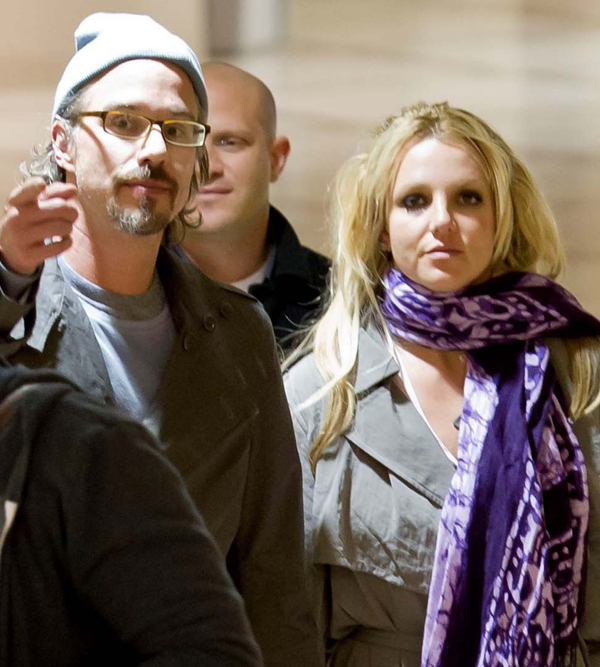 Britney and Jason were surrounded by bodyguards as they made their way through LAX to catch a departing flight to San Francisco for GMA. Ms. Spears will be taping a performance for Good Morning America this weekend that will air on Tuesday morning, the day her upcoming album is slated to hit!