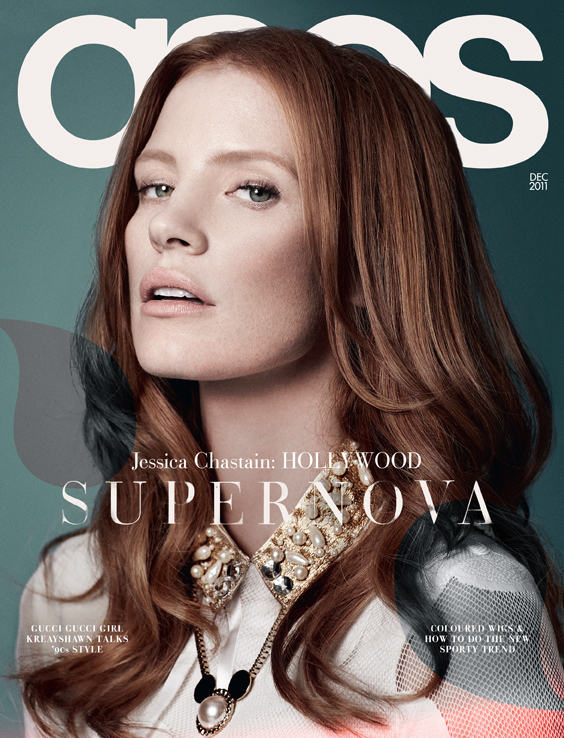 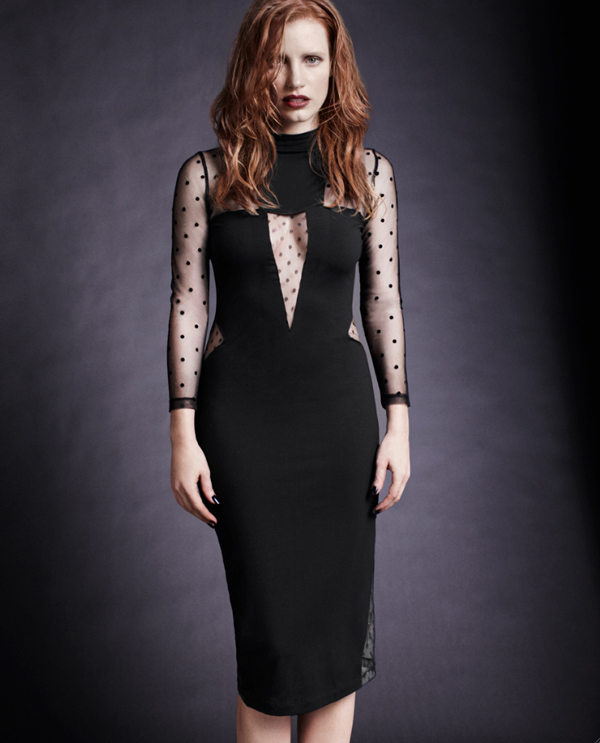 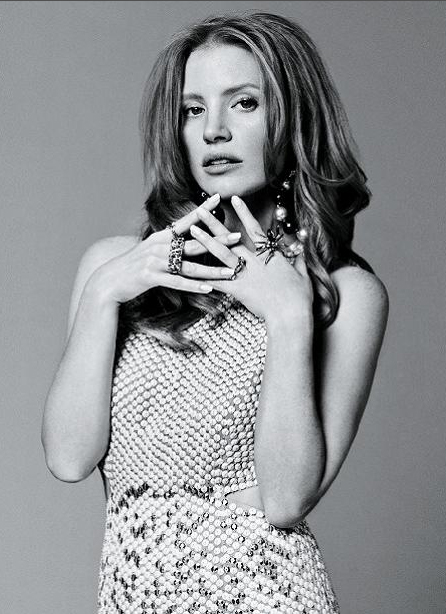 Hollywood Supernova: With a prolific run of films, it’s been a hell of a year for newly crowned queen of the red carpet, Jessica Chastain…

On her first red carpet experience:

Brad Pitt on one arm, Sean Penn on the other – “The best accessories I could have asked for to go with that dress (Zac Posen).”

When Madonna presented her with the inaugural Gucci Award for Women in Cinema:

“It’s a little embarrassing to even talk about, because you think, ‘What has happened to my life?!’”

When Vogue named her its latest style crush:

“Vogue? Are you kidding me? I grew up buying Vogue.”

On filming The Help with Emma Stone:

“Filming that was like being at summer camp. We were all in this small town – Greenwood, Mississippi – so we would work all day, then go and eat because we had to gain weight…It’s really fun because it means you get to eat a lot and you don’t have to worry about working out, but it also means that all of your clothes get too tight…There’s something sensual about being heavier, you feel like a painter’s muse.”

On her new success:

“I’m not in it for the fame or money. A lot of my childhood (outside San Francisco) we were very, very poor. I’ve experienced that. It’s tough, but I can get through it. I could be very happy working Off-Broadway in theatre for the rest of my life as long as I was acting – that’s what makes me happy.”

On being a redhead:

“I got teased a lot when I was a little kid. Bullied for being a redhead. When you become an adult, that stops. But then when you become a known actor, it comes back. People write mean things on message boards…people feel that they can say mean, mean things…it’s really shocking and strange.”

On her day-to-day style:

“I live by the ocean in California, so it’s Chloe sweaters and jackets. I absolutely adore Louis Vuitton…i love the color, there is so much play. And I love new designers, Juan Carlos Obando and Prabal Gurung. I always try different things, try to change my look… I can’t wear all things…I could never be a model…What I am is a storyteller, so when I see an amazing dress, I think about the story of the dress and get into character.”

Watch the exclusive behind-the-scenes video on the ASOS Magazine iPad version, and online at: www.ASOS.com/magazine