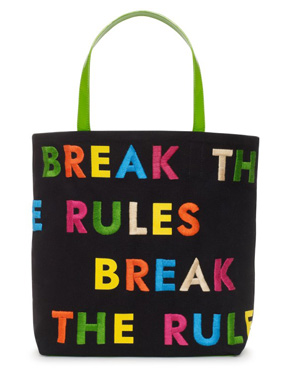 As a part of kate spade New York’s ongoing hand in hand partnership with Women for Women International, five colorful new totes will be released in the Spring 2010 collection. The totes combine kate spade New York designs with the expert craftsmanship from women in war-torn countries. All appliqués are specially handmade in Bosnia and Kosovo by Women for Women International employees.

kate spade Spring 2010: Representatives from kate spade new york will be in SOHO (Prince Street between Mott & Mulberry) Saturday, March 27th and the 28th, 2010, from 11am – 5pm in New York’s Union Square in celebration of the first day of spring. 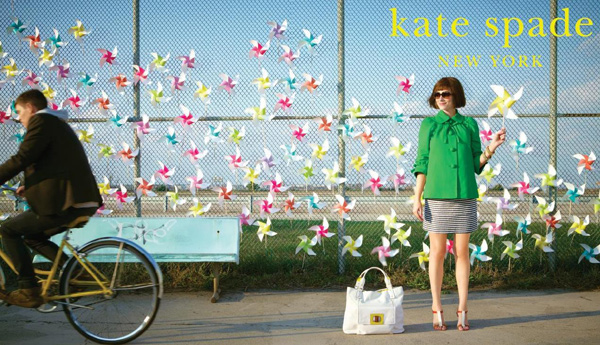 kate spade girls will be handing out pinwheels in an array of fun colors. Each pinwheel will include a promotional offer redeemable for 15% off any full price purchase in kate spade stores and online at www.katespade.com