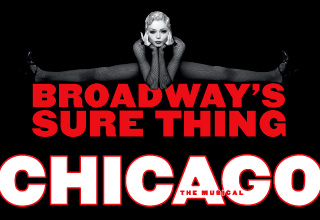 Visitors can enter to win free tickets to Broadway’s CHICAGO the Musical, with Maybelline New York giving away a free pair of tickets every hour between 3 and 7 p.m. Coupons for Maybelline New York’s Color Sensational Lipcolor, gift bags filled with sample size products and 50 percent off discounts for CHICAGO the Musical will be available on a first come, first served basis.

“We’re thrilled to support the national debut of Maybelline New York’s Color Sensational Lipcolor with the lipcolor makeovers at our Grand Central Station Rite Aid store,” said Judy Wray, Rite Aid Category Manager, Cosmetics/ Fragrances. “From the CHICAGO Dance Mob street team dressed in costume promoting the event inside and outside Grand Central Station to the street performances of the cast of Broadway’s CHICAGO the Musical, this is a tremendously creative promotion that is sure to get some attention.”

The promotion also gives Rite Aid customers a sensational deal on tickets to the hottest show on Broadway, CHICAGO the Musical. Tickets are available for as low as $64 now through Oct. 6 and can be obtained by visiting BroadwayOffers.com or calling 212-947-8844 and using the code CHMBRO625.

There Are 3 Responses So Far. »