Avon Products Inc. has turned up the volume in the rising din of the celebrity fragrance fray by signing one of hip-hop’s hottest acts — Black Eyed Peas frontwoman Fergie.

The multiyear deal comes on the heels of a record-breaking 26-week run at number one on Billboard’s Hot 100 chart for the Peas’ “Boom Boom Pow” and “I Gotta Feeling,” and serves as Avon’s answer to last summer’s deal between Parlux Fragrances Inc. and musical heavyweights Jay-Z, Kanye West and Rihanna, not to mention Coty’s latest coup in signing perhaps the greatest prize, Beyoncé Knowles. 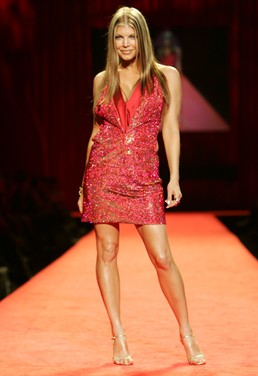 “I love the roster of women Avon has supported,” said Fergie in a phone interview from Auckland, New Zealand, where she just completed the Eastern leg of a world tour with the Peas to promote their latest album, “The E.N.D.” “Each one is completely different, but they are all wonderful, strong women who have a purpose. It was very important to me to bring what I have to the table. I’m a bit more rock ’n’ roll than some of the other artists, and Avon has really allowed my personality to come through.”

The yet-to-be named women’s fragrance, which will be available next year through Avon sales representatives, is scheduled to launch overseas beginning in the third quarter, followed by the U.S. next fall.