Marta Walsh has just found out that celebrated hair stylist Giannandrea from The Wall Group will be exclusively using Kérastase to get Golden Globes Best Actress nominee and presenter, Julianne Moore, red-carpet ready for Sunday’s awards! 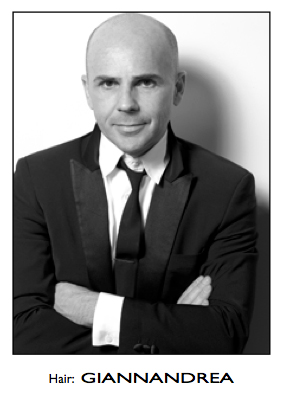 A native of Italy, Giannandrea was inspired by the culture of high fashion and art that surrounded his childhood. He began styling hair at the tender age of 14 and by 16 began freelancing and styling local Italian singers in Bologna. Shortly thereafter, he moved to Milan, where he worked the backstage of fashion shows under Orlando Pita. He further refined his craft when he moved to New York and worked under Garren for six years.

Giannandrea’s versatility and artistic skills have distinguished him as a leading hair talent in New York and Los Angeles.