In celebration of NARS’ 15th Anniversary, François Nars will make a special personal appearance at Barneys New York to sign copies of his new limited-edition book 15X15. Barneys Creative Director, Simon Doonan, who will be hosting the signing, wrote the clever forward to this book. 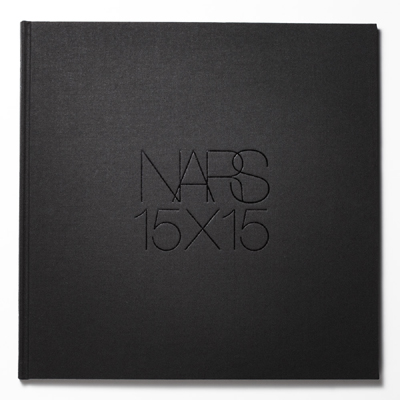 15X15 features a collection of 15 celebrity portraits, each inspired by a NARS product shade and based on an iconic reference chosen by François Nars, who personally did the makeup and photographed each portrait. Fifty 15X15 books will be available at this signing with 100% of the sales being distributed equally among the 15 charities chosen by the participating celebrities. The 15 celebrity portraits will also be displayed throughout the Barneys cosmetic floor during the signing.

Additionally, in commemoration of the anniversary, NARS’ two limited-edition 15th Anniversary Palettes, Wild At Heart and Everlasting Love, boasting ten best-selling shades will be available. And, the NARS Loves New York Set, containing an assortment of four classic shades resurrected from the archives by François Nars specifically for the women of New York and re-named after iconic names in the city, will also be available for sale.