Nexxus Salon Hair Care is back as the official hair care sponsor for the third season of BRAVO’s hit reality series, Shear Genius, a new style of competition. Nexxus Creative Director Kevin Mancuso offers tips on styling so that anyone can achieve a salon style at home. 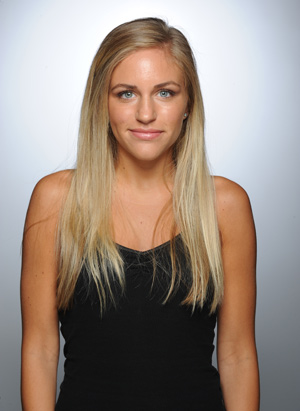 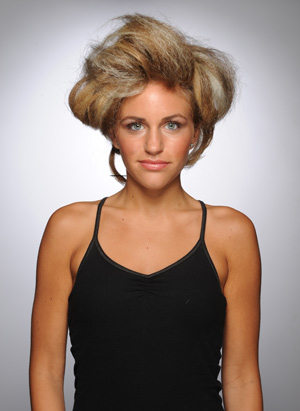 1. Apply a volumizing gel styler, such as Nexxus Lavish Body, to damp hair, and then blow-dry using a large round brush.

3. Remove rollers and back comb each section at the root to create lift and body.

4. Use fingers to shape sections into a unique style and pin curls randomly in the back. Then spray hair with a strong-hold hairspray, like Nexxus Maxximum, to hold the look in place. 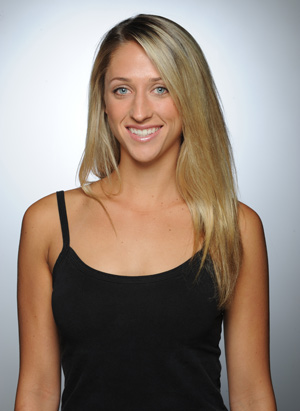 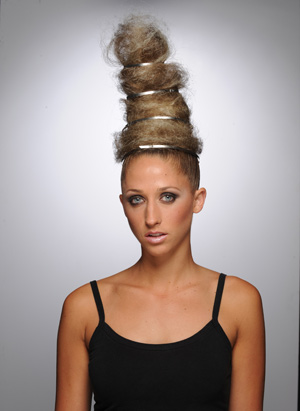 1. Apply a texture lotion, such as Nexxus VersaStyler, to damp hair, and then blow-dry using a diffuser attachment.

2. Once dry, use a flat brush to comb hair into a high, tight ponytail on top of head. Secure with an elastic.

3. Gently twist loose ends into a bun and secure with a bobbi pins. You want the texture to come through here, so don’t twist hair too tightly.

4. Apply a dime size amount of a smoothing product, such as Nexxus Sleek Finish, onto your fingers and run over the bottom half of hair, avoiding the bun portion.

The stylists were feeling the pressure this week as they were whisked away to a VIP client’s mansion in the hills for their shortcut challenge. Their VIP client? Camila Alves, of course – and she was also the sole judge for the challenge. Orlando Pita was on hand to consult with Camila and the stylists, and he warned them all that Camila is very particular about her hair. Each stylist was given 45 minutes to create a glamorous hairstyle appropriate for the red carpet. They each seemed to struggle with her hair texture. Brig had to edit her vision to suit Camila’s taste and neither was at all happy with the finished product. Jon’s nerves got the better of him once again. In fact, he got so wound up that he singed Camila with a curling iron. Camila also took each styling session as an opportunity to dish on the drama between the stylists, taking particular interest in Brig’s personality clashes with her competitors. Matthew found the gossip session to be distracting. Janine was happy to complain about Brig but her down hairstyle didn’t impress Orlando or Camila. In the end, Matthew’s near perfect updo won the challenge and an advantage at elimination.

Afterwards at the salon, they stylists were introduced to an iconic guest judge, Oribe. Then Camila revealed the elimination challenge: “Creating a Portfolio of Your Signature Style.” Their task was to create three looks for a portfolio that make up each stylist’s ‘signature style.’ The stylists had to work with two models and then, for the twist, style themselves. How well they made a statement about their style and tied the three looks together would ultimately determine which three stylists would make it to the season finale.

Janine was inspired by modern Harajuku looks from Japan. While one model’s edgy style fit the bill, the second model’s oddly-shaped afro seemed out of place. Janine’s own photo failed to bring any of it together. Jon appeared to know exactly who he was – the ‘cut and color guy’ – and while he delivered a finished look on a model with thinning hair and a clearly defined self-portrait, his second model underwhelmed the judges. Matthew went for soft and sexy on both of his models and while their photos were striking the judges didn’t like Matthew’s self-portrait, calling it a real estate agent headshot. Brig went for it in this challenge, finally deciding to take a chance on her own brand of avant garde hair and hoping the judges would see her vision. It was big and textured and striking on set, and while the judges were taken aback at first, they all came around to her side of thinking when they saw the finished photos.

At judging, Matthew and Brig were congratulated as the top two. Brig’s fearlessness and distinct branding won her the challenge and both won their spot in the finale. Janine and Jon landed in the bottom two – but it was Jon’s run-of-the-mill styles that sent him home. So, in the end, it will be the Wonder Twins versus Brig – as it’s been all season long. Expect a dramatic finale next week!

For more from Kevin Mancuso and to learn about “Shear Genius Season 3,” become a fan of Nexxus on Facebook.