“There were ‘20s-era vintage images on Thakoon’s mood board,” said Kendal. “While there was something very fragile about them, the eyes were deep and cheeks were blushed. We made the look modern, and more off-beat, with shades of brown to create depth in the eyes. The blush is lower on the face rather than on the cheekbone, like a painting.”

How to with NARS makeup 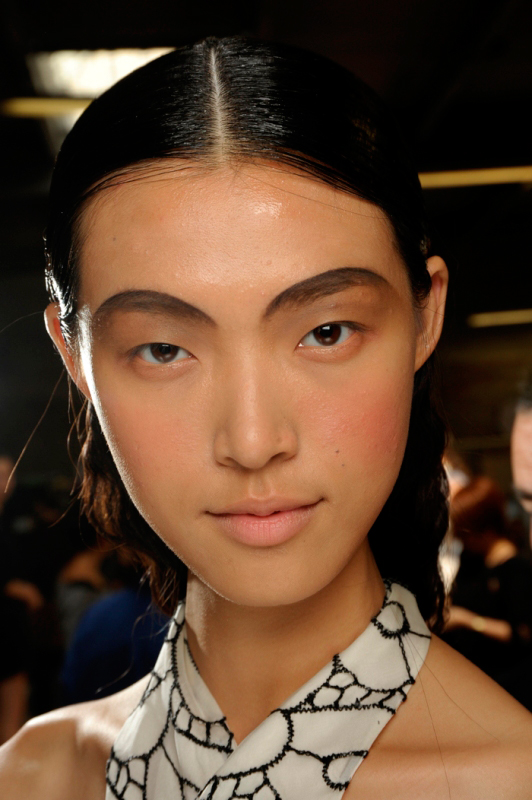 For a similar effect, try Concealer 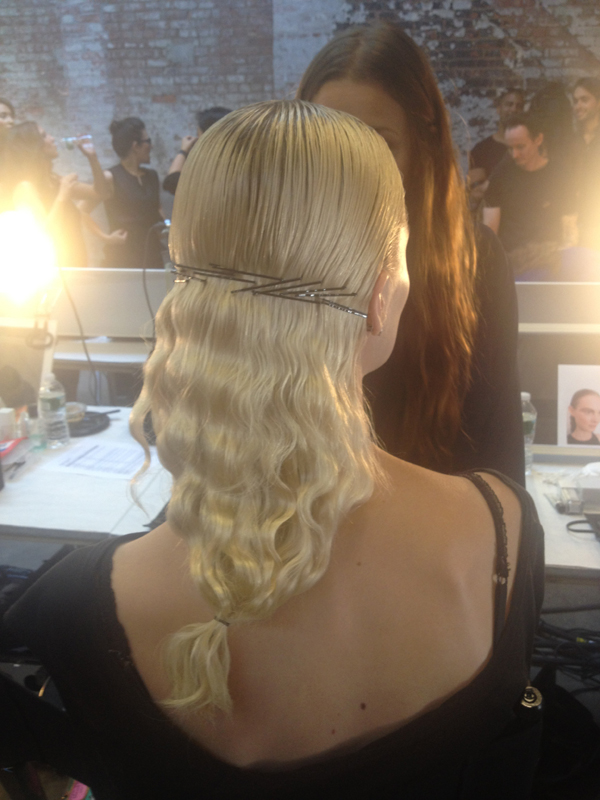 Create a middle part and prep hair with Nectar Thermique

Section by section from mid-lengths to ends, spray hair with Double Force Controle Ultime and use a three-barrel iron to create crimp-like waves

Apply an ample amount of Elixir Ultime The Imperial at the top of the head to create an extreme wet look (Tip: for a more everyday style, apply a pea-sized amount of oil to the head for a natural shine)

Kérastase Products Used To Get the Look: 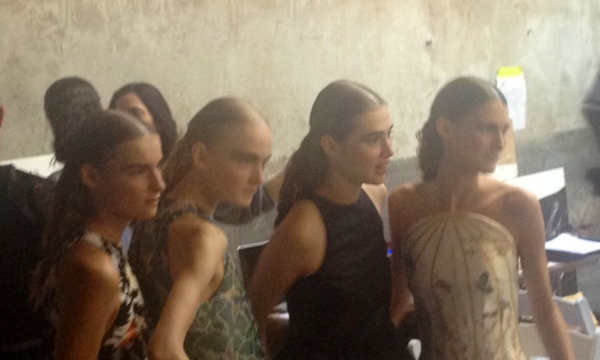