Tina Fey At The 2012 Golden Globes 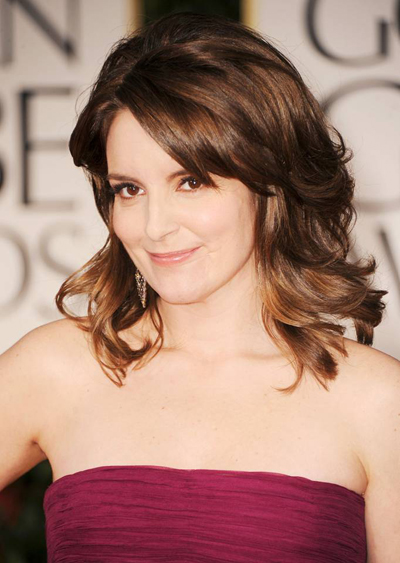 “We were inspired by Tina’s Oscar de la Renta dress, which was a gorgeous purple shade, so we decided to create a rich, sexy but low-key look that wouldn’t compete with the gown.” said Gita.

Gita started by prepping the face with skin-soothing Votre Vu Tragic Magic Rescue Creme. “It calms the complexion making it the perfect canvas for makeup” she said. She then patted on Votre Vu Tout le Monde Antioxidant Eye Gelée under the eyes and brow bone. “It decreases puffiness instantly which helps since Tina doesn’t get much sleep with a new baby at home!”

Next, she applied Votre Vu Sensational Eyes Eye Primer in Medium on lids for a flawless eye makeup base. To create a well-defined brow, Gita used the “amazing” Votre Vu Wonder Brow in Eva which helped to emphasize Tina’s natural arch.

Then, she smoothed on Votre Vu Champagne Kisses Lip Enhancing Balm to hydrate and prevent lipstick from bleeding and feathering. To set the look and create a silky finish, Gita dusted on Votre Vu Mineral Powder in Light all over the face.