NARS worked with Evan Rachel Wood at the 69th Annual Golden Globe Awards, who is nominated for Mildred Pierce. Makeup by Toby Fleischman for NARS Cosmetics 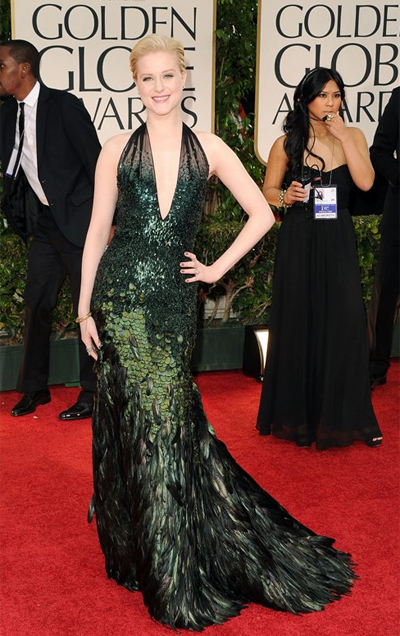 Makeup Inspiration: “Sometimes the stars just align (pun intended) and tonight with nominee Evan Rachel Wood, her look came together so organically. Of course with a Gucci Premiere gown such as hers, it was all about the dress so we wanted to keep the make up clean and soft.