The Hair Design: “I love this inspiration,” said Odile. “It’s very 70’s New York rock and roll, yet chic and modern. The hair looks beautiful. It’s straight in a natural way, full of body, and shimmering with silky shine. All these Nico (Velvet Underground & Nico) inspired looks have long dramatic bangs that just barely touch the eyebrows and are longer at the sides. In fact, this modern edgy style is identical to the look that Erin Fetherston wears herself. 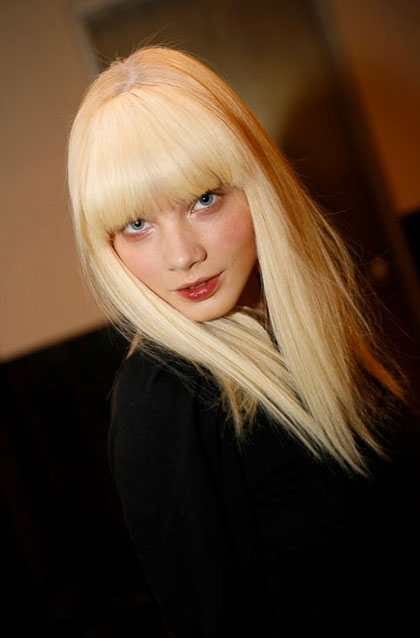 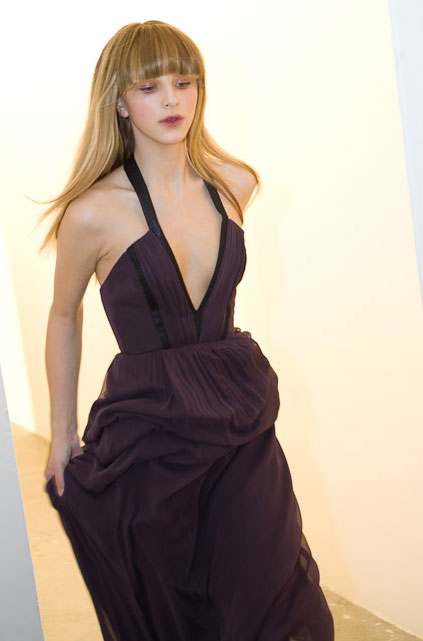