Guests at the Chris Benz show Monday night got a sneak peek at Lancome’s Fall 2009 color collection, Declaring Indigo. It was the perfect place for the debut, as Chris unveiled a palette even livelier than that giant box of crayons you lusted after as a child. Dresses, jackets, pants, skirts and more in shades of tangerine, royal blue, lime green, electric yellow and fire engine red were the ideal foil for Daniel Martin’s gorgeous makeup. Not to mention Lancome’s three limited-edition fall nail polishes-Indigo Paris (bright blue), Golden Audacity (opaque gold) and Rouge Liberty (the perfect red). This lively Le Vernis trio is destined to be a fall must-have. 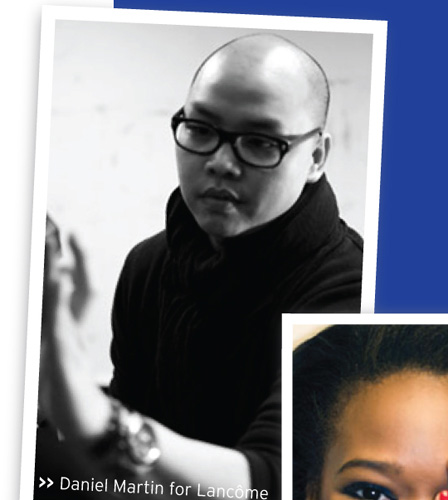 Chris “muse” for the season was an uptown girl seeking refuge in the downtown nightclubs of the early 1980s. For the makeup, he asked Daniel to create a chic take on “morning after disco.” For the glossy, slightly smudgy eye makeup, Daniel layered a variety of products. He applied Indigo Charm cream liner (from Declaring Indigo) to a bare eyelid using his finger. He then applied Color Design Eye Shadow in The New Black and mixed the two products together. For definition Shu Uemua Drawing Pencil in M Black 01 was applied to upper and lower lash lines and smudged. Next came a touch of Piha Black Color Fever Gloss on the lids for that danced-all-night effect. several coats of Hypnose Mascara created, thick black lashes. 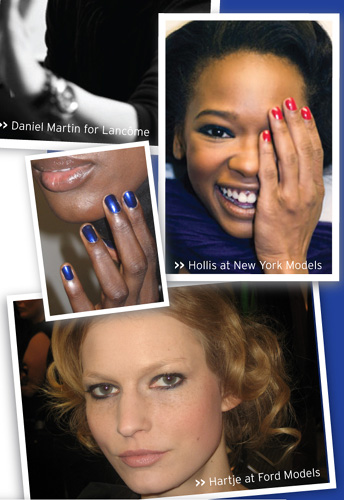 The complexion was kept relatively matte to showcase the eyes and lips. Color design Cream Blush in Chic Cassis was lightly applied to the upper cheekbones near the temple for just a hint of color. Lips were soft and nude. Daniel used : L’Absolu Rouge in Rich Cashmere and applied with his finger pressing the color onto the lips. The result: the prettiest peacocks you’ve seen all week from head to toe to fingertips. 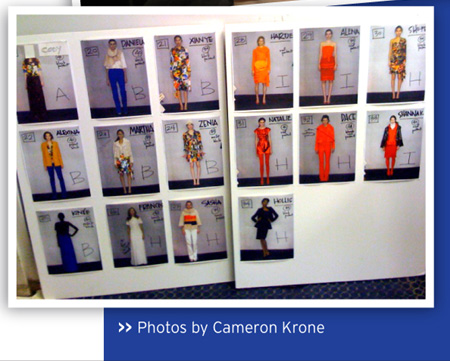