All Posts Tagged With: "Perfume For Men"

Tom Brady is a handsome all American boy who also happens to be the spokesman for the latest All American Stetson fragrance for men. 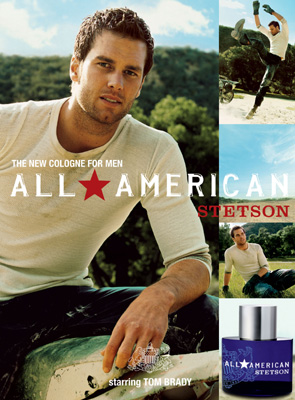 Here is an interview with Tom Brady where he is talking about All American Stetson. He gives advice to women on how to buy cologne for their significant other. How he manages to stay grounded with all his amazing fame, and what is the best part of being Tom Brady!

How does All American Stetson differ from Stetson Original?

What makes this new Stetson cologne “All American?”
I think a lot of people would agree that being “American” is a state of mind that we all take pride in. It’s being adventurous, being free-spirited and it’s also about expressing a certain confidence. All American captures this kind of American ideal of “living free and living true.”

Who do you think this fragrance will appeal to?
All American is for the guy who lives life to the fullest. It smells great and has a cool, modern edge.