All Posts Tagged With: "GAP in Scottsdale Quarter"

Last Thursday, April 21st, 2011, I was invited to drybar VIP opening party at Scottsdale Quarter in Scottsdale Arizona. Now, there was a lot of hoopla going on about a ‘possible appearance’ at that same venue of the rumored Bravo’s NEW Real Housewives of Scottsdale. But, sorry Scottsdale, I was the only Scottsdale Housewives there, and no, I’m not married to a former Phoenix Athlete. Yes, and no video cameras either. 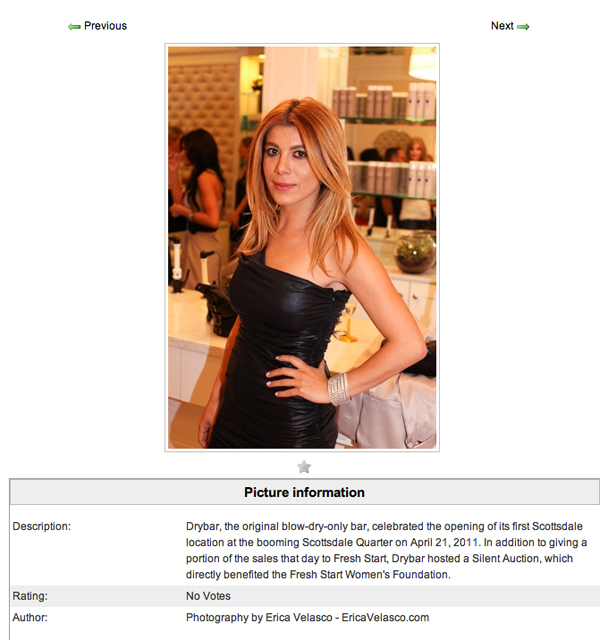 Nonetheless, I had an amazing time at the drybar VIP party which was well done & organized. Fancy & yummy appetizers & h’orderves like chilled gazpacho shooters and Champagne were served. And I didn’t refuse to be photographed for Arizona Foothills Magazine. Why not. I was dressed up with my black BEBE dress and was ready to show off:)