All Posts Tagged With: "Riley Keough"

Danielle Riley Keough aka Riley Keough is an actress and model daughter of Lisa Marie Presley and Danny Keough, and the oldest grandchild of Elvis and Priscilla Presley. James Vides Created Riley Keough’s hairstyle for the Premiere of The Good Doctor during the 2011 Tribeca Film Festival. Marta Walsh has the scoop. 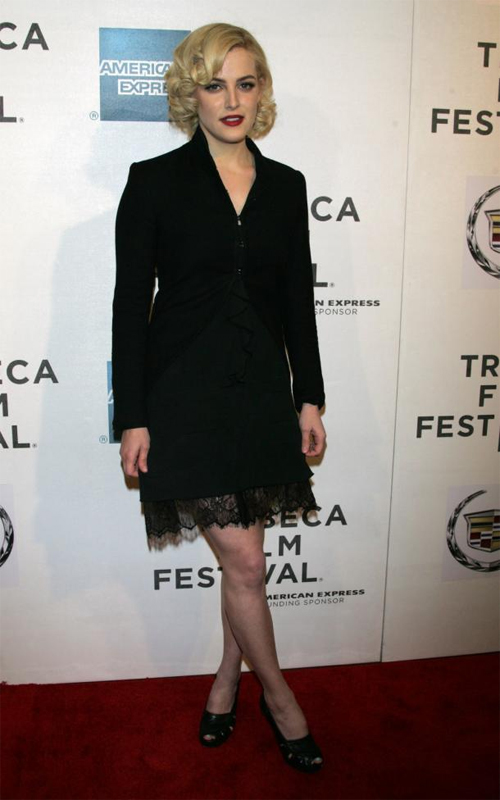 INSPIRATION: Old Hollywood glamour with a youthful twist that exudes timeless elegance; A combination of jayne Mansfield and Marilyn Monroe.