I’m very excited to share with you my interview with Erica Rose. You might remember Erica as the “socialite” on ABC’s hit series THE BACHELOR: Rome. She was one of the top 6 women competing for Prince’s Lorenzo Borghese heart. I certainly can’t forget Erica and her love it or hate it personality. She stood out as a true reality star. Erica’s most recent project includes staring in a new VH1 reality series “You’re Cut Off” premiering next Wednesday, June 9th, 2010. I must say, this interview with Erica helped me to get to know her a little bit better. I’m quite impressed how grounded, smart, and witty, she comes across. If any of you out there dream on becoming a reality star you might want to read this interview and learn a thing or two from lovely Miss Rose. 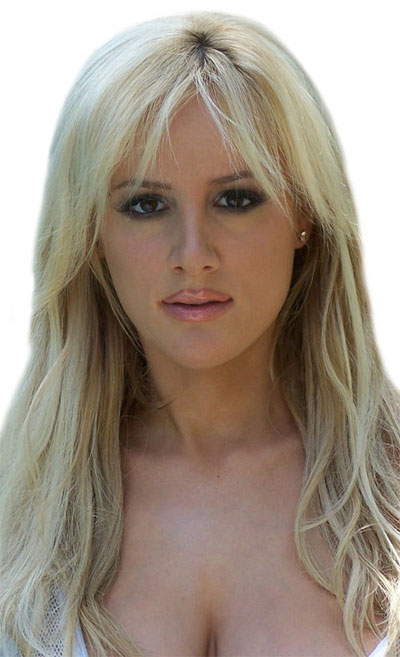 In this interview Erica Rose talks to Marta Walsh about her experience in The Bachelor: Rome. What does it really take to be a reality star. Her new reality show “You’re Cut Off”. Explains why she is more than a ‘Socialite’. The People who inspire her. Why Heidi Montag would be invited to her dream and ultimate dinner party. What’s in her makeup bag. And future plans.

Marta Walsh: Where do you call home?
Erica Rose: Right now Houston, Texas because I’m in law school there at the University of Houston- I just finished my second year. I travel a lot though and have houses in Aspen and Palm Springs so I also feel like a Cali and Colorado girl as much as I do a Texan.

MW: How did your first reality TV appearance come about?
ER: My first reality TV experience was when I decided to do “The Bachelor” in 2006. I had recently graduated college and was newly single, and my dad just wanted to get me out of the house. He saw something about the audition in “the Houston Chronicle” so he told me I should audition for it, so I did.

MW: How would you describe your experience as one of the bachelorettes in the ABC series The Bachelor: Rome? What are some of the things the show has thought you?
ER: I did not like having to compete for a man’s attention. I would never do that in real life, because I refuse to play games. If a guy is not that into me then I quickly move on to the next guy. Aside from that it was a positive experience. After Lorenzo didn’t give me a rose the producers had me stay for a few more episodes to decide which girls get one-on-one dates and I was much happier then- I liked being in control and being able to help create drama. The whole time I was there I knew I was making good t.v. and that was my number one concern, even if it came at my own expense. I did receive criticism for the way I acted on the show and that taught me to have a thick skin. I realized I can’t care what random people who don’t really know me think about me. If someone wants to judge someone just from watching them on t.v.- they’re not the kind of person whose opinion I care about.

MW: You were introduced to The Bachelor show as the ‘Socialite’. How much do you really relate to this title?
ER: First of all, I never gave myself that title- that would be so lame of me! I told them I was doing hosting on a local show and covering social events for a magazine and that is what they decided to call me. I don’t mind being considered a socialite, because I do a lot of charity work for family’s charity foundation, The Rose Ribbon Foundation, as well as involve myself in other causes such as Human Rights and Animal Rights. However, I don’t like being considered vacuous and I especially don’t like being compared to Paris Hilton who is probably the most famous socialite. Other than having blonde hair extensions we have nothing in common. I’m not sure she graduated high school whereas I’m in law school and I’m hoping to never go to jail or release a sex tape. I respect her for being the entity and brand that she is, but I am definitely my own person and much more than a socialite.

MW: Congrats on your role in the upcoming VH1 series “You’re Cut Off” which is premiering June 9th, 2010. Why have you decided to go with this show and what’s it all about?
ER: Thanks!!! I’m really excited about it. I actually did not know that I was going to be “Cut-Off’ when I agreed to do the show. I was approached to do a show for Vh1 called “The Good Life” where I was told girls like me would be getting together and shopping and partying in LA for 8 weeks. I knew it sounded too good to be true, and it wasn’t until I got to LA and tried to shop that I learned my credit card was declined and my parents had decided to cut me off financially for 8 weeks so that I could learn important life lessons and see how the rest of the world lives. Of course I was traumatized at first, but in the end I’m so grateful for this experience. I really learned so much and grew as a person from being cut off. I think that being cut-off changed me in such a positive way, that I never could have imagined.

MW: What are the challenges of being a reality TV star? Is it as easy as it sometimes look?
ER: The biggest challenge with being a reality TV star is that you really cannot have a private life or any secrets. After “You’re Cut Off” airs I will definitely not have any skeletons in my closet. Sometimes this makes dating hard because guys like mystery. I always tell them, “I’m not really that mysterious of a girl, if you ever want to know what I’m up to check my facebook and if you ever want to find out more about me, google me” I’m a very open person luckily, because I don’t think you can be in the reality tv industry if you’re not. I just need to be with someone who appreciates that about me instead of resenting it. Reality TV is definitely not easy- we film 20 hour days sometimes, but for me it is really fun. I always say that I’m happier and more comfortable when there are cameras around, because if something happens and no one gets to see it, it is like it didn’t really happen!

MW: What and who inspires you?
ER: God and my astrologer. I’m very spiritual and I pray a lot. I’m Jewish and love my religion, but I also like to appreciate other religions and philosophies such as Buddhism, Kaballah, and yoga. I consult my astrologer, Herb Hochman almost every day. He helps me to understand why I’m feeling certain ways and when I can expect positive changes in my life. It actually empowers me. I never worked with a life coach until I filmed “You’re Cut Off” but I really learned a lot from our life coach, Laura Baron. She is such a strong and powerful woman and she inspired me to expect more from myself. I now feel as though I am a work and progress who is learning and growing every day.

MW: How would describe your own personal style and what’s your philosophy about beauty?
ER: Instead of less is more, I think more is more!!! I’m a true Texas girl in that sense, so for me bigger is better. Luckily I am blessed with naturally large breasts, but I’ve helped myself out in other areas. My dads a Plastic Surgeon, so I like to get botox and lip injections. I also like to get eyelash and hair extensions and always have a perfect mani-pedi. I like to look groomed, put-together, and very feminine and sexy! I think everyone should embrace their natural looks but also enhance them so they can achieve the look they want. I try not to compare myself to other people, but instead make myself look the best I can!

MW: What was the first film you’ve ever watched on a date?
ER: American Pie– I was a virgin back then and remember thinking it was so scandalous. I watched it again recently and I def wasn’t as shocked by it!

MW: What is your favorite sound, restaurant, drink, travel destination?
ER: My fav sound right now is my puppies because they’re so cute and just starting to get noisy. My King Charles Spaniel Shayna just had them 4 weeks ago and they are seriously the cutest things I’ve ever seen! My fav restaurant is Katsuya in LA because I love sushi and El Tiempo in Houston because they have the best Mexican Food. I love a good glass of White Wine or Champagne or a really good Skinny Margerhita. I’m also constantly battling my diet coke addiction. Surprisingly, I’m much more of a domestic traveler. I’ve been all around the world, but when I want to relax I head to one of my homes in Aspen or Palm Springs. If I want something different and romantic, I go to Hawaii.

MW: Who would you invite to your dream ultimate dinner party?
ER: Well Andy Samberg from SNL to be my date because he is Jewish too, hot and hilarious! I would also invite David Schwimmer just in case Andy and I didn’t hit it off! I would want my best gay friend Peter who I call Peen to be there, as well as my family. I would also want Nancy Grace and Judge Judy to be there to give me career advice. I would want Perez Hilton to be there because I think we could be good friends. And maybe I’d even invite Heidi Montag, because she is hilarious and a reality tv genius, she could bring Spencer if they get back together, otherwise I’d be curious to see who she’d bring as a date.

MW: What’s in your makeup bag?
ER: Mac Studio Fix Powder, lip plumping Mint Babydoll lipgloss from my friend Leslie Tyler’s line, tweezers, and my Instant Glamour Make-up pallet which has eye-shadow, eye-liner, concealer, and bronzer all in one!

MW: What one or two things some people may not know about Erica Rose?
ER: I used to be very shy and sometimes I still am when I first meet people and it can come of as me being snobby. Also, I’m kind of psychic, so I can pick up on people’s energy and tell whether or not they like me. If I sense bad energy coming from someone it is hard for me to be around them or get along with them, because I’m incapable of being fake.

MW: What’s next for Erica Rose?
ER: I would like to have my own reality show that just captures me in my life- finishing law school, dating and trying to figure out who I want to marry. I’m really at the point in my life, where if I feel like someone was the right person, I’d be ready to settle down. I’ve had enough crazy dating experiences to last me a life time!

It was a pleasure to interview Erica Rose. Make sure to watch her on VH1’s “You’re Cut Off” next Wednesday, June 9th, 2010. As always check your local listings.