Get The Look:Madonna’s “Eye-Conic” Look 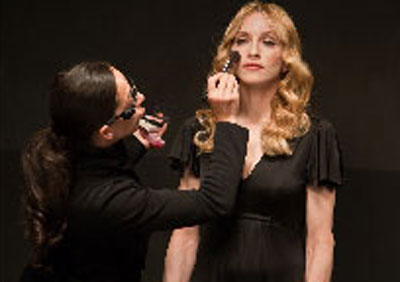 Inspired by Madonna’s hit song “Ray of Light”, Brooke, who has been working with Madonna since 2002, transforms Madonna’s eyes nightly by applying a mixture of crushed, small flawless diamonds and white eye shadow to her lids. “The resulting brightness and glow from Madonna’s eyes captivate the audience and reinforces the fact that there are always new possibilities with make up – and no rules,” commented Brooke. 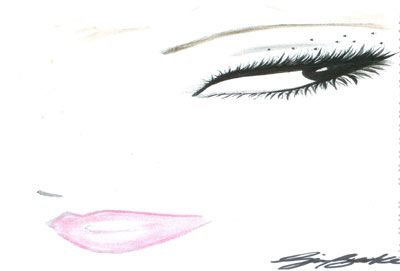 To create this sparkling and bright look, Brooke adds shu uemura’s ME White 906 Pressed Eye to provide a soft, gorgeous light-reflecting, diamond like effect. Brooke feels that any woman of any age can wear a shimmery, ethereal shade like ME White 906. A little sheen helps enhance the eyes and gives an instantly younger appearance. Madonna is always up for trying new things and I think all women should feel comfortable experimenting and enhancing their beauty – on stage or off,” stated Brooke.

Gina Brooke’s collaborations with Madonna include three worldwide concert tours (Reinvention 2003, Confessions 2006 and Sticky & Sweet 2008) as well as numerous music videos, photo shoots and red carpet events. In 2004, Brooke collaborated with shu uemura to create a pair of custommade mink lashes for Madonna. In 2006, she took the idea to a revolutionary level by creating a pair of diamond and minkencrusted lashes for Madonna. After overwhelming interest from consumers, the shu uemura lashes were created and sold exclusively at Neiman Marcus for US$10,000 a pair.