Harry Josh who is a top celebrity hairstylist and John Frieda’s International Creative Consultant shares with Talking Makeup his tips for creating Rose Byrne’s hairstyle at the Get Him To The Greek Premiere. 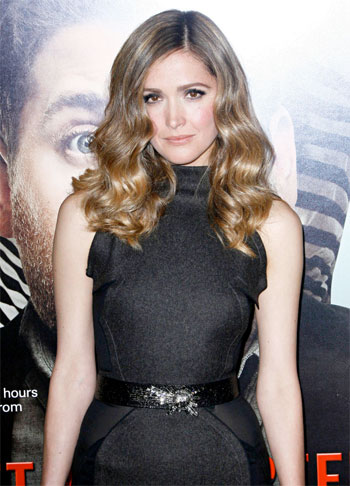 STEP 2: Harry blow dryed the hair with a round brush – gently pulling it straight.

STEP 3: Using a ¾ inch curling iron, he wrapped each section of her hair around the iron, with it pointed down. Then he brushed out the curls until he achieved the perfect wave.

GET THE LOOK: On Saturday, January 23, 2010 at the Shrine Auditorium in LA, Hollywood honored its own top talent at the 16th Annual Screen Actors Guild Awards. Nominated for Outstanding Performance by a Female Actor in a TV Movie or Miniseries, for her role in Georgia O’Keefe, Joan Allen sparkled and shone on the red carpet. Sebastian Stylist Design Team member Thomas Dunkin crafted the actress’ soft, cascading waves that gracefully grazed her shoulders and complemented her overall look. 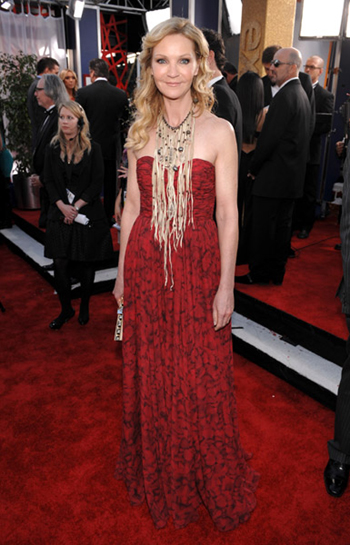 To recreate this A-list style at home, Thomas shares these step-by-step instructions:

1. To begin, apply Sebastian Professional Taming Elixir to slightly damp hair
2. Blow-dry hair straight to give the hair a smooth, even base to work on and part slightly to the left of center
3. Once dry, use a ¾-inch curling iron to wave the hair by starting at the nape and taking 2-inch sections of hair and leaving them loose to drop slightly