All Posts Tagged With: "Jillian Michaels"

Amy Smart at the 2010 Golden Globes InStyle After Party

On Sunday, January 17th, Hollywood’s A-listers hit the red carpet for the 2010 Golden Globes. From the awards show to the after-parties, stars wore their best from head to toe – which included Giorgio Armani Cosmetics (Marta’s favorite! LOVE Giorgio)!

GET THE LOOK: Actress Amy Smart stepped out at the InStyle and Warner Brothers Golden Globes after-party and was the first to debut the new Rouge d’Armani Pink Ecstasy lipstick is #509 (not available until March 15th!). Giorgio Armani Beauty’s Celebrity makeup Artist Tim Quinn amplified her “bad girl” look with Maestro Liquid Liner and Eyes to Kill Mascara. 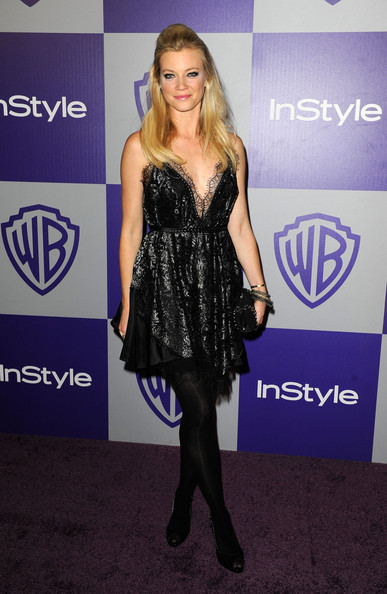 Other celebrities looking fabulous in Giorgio Armani Beauty at the 2010 Golden Globes: Molly Sims, Sofia Vergara and Jillian Michaels all relied on Giorgio Armani Lasting Silk UV Foundation (if you haven’t tried yet you’re missing out! Marta can’t leave the house without it:)– a red carpet favorite – to keep their complexion glowing despite the gloomy weather. 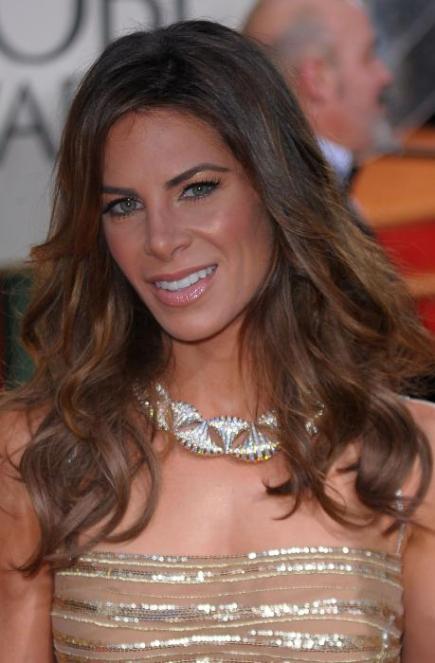 Jillian Michaels at the 2010 Golden Globes

To complement the printed piece for the Women Riders Month , Vanity Fair also has commissioned behind-the-scenes video of the section’s photo shoot that provides in-depth interviews and never-before-seen images.

For more information go to: www.harley-davidson.com/vfwomen

In celebration of Women Riders Month this May, Harley-Davidson is unveiling a new print campaign exclusively in the pages of Vanity Fair magazine. The June issue of the magazine-available in New York and Los Angeles on May 6, 2009, and nationwide on May 12, 2009-will feature a custom advertising section created by the Vanity Fair in-house creative development team for the Motor Company. 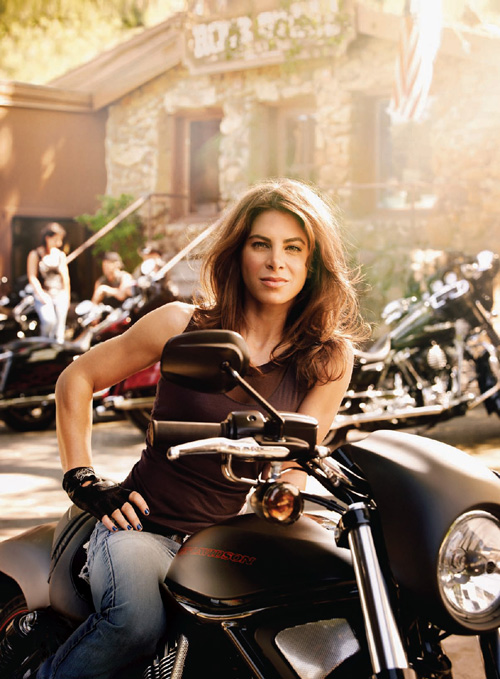 The custom section salutes women who embody the Harley-Davidson spirit of authenticity and adventure, and encourages females who have not yet hit the road on two wheels to “experience life with no regrets.” The women featured in the section include health and wellness expert and NBC’s The Biggest Loser trainer Jillian Michaels; Grammy®-winning singer-songwriter Jewel; television and film actor Tricia Helfer; and Los Angeles rider Deborah DiMiceli. Each woman tells her own story of her history with riding and/or aspiring to ride. 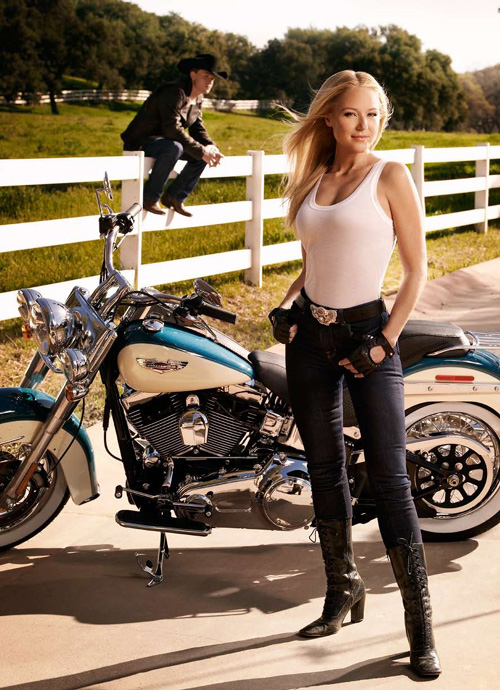