All Posts Tagged With: "Christophe Beaucarne"

On behalf of Sony Pictures Classics, Talking Makeup is pleased to share the trailer for their upcoming and highly anticipated film COCO BEFORE CHANEL starring Audrey Tautou.

Coco Before Chanel:Sony Pictures Classics Presents the Trailer is featured in www.misslush.com 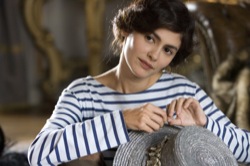 Synopsis: Coco Before Chanel is the story of Gabrielle “Coco” Chanel, who began her life as headstrong orphan, and through an extraordinary journey became the legendary couturier who embodied the modern woman and became a timeless symbol of success, freedom and style. The film portrays the formative years of Chanel’s life, the years of Chanel spent discovering and inventing herself.