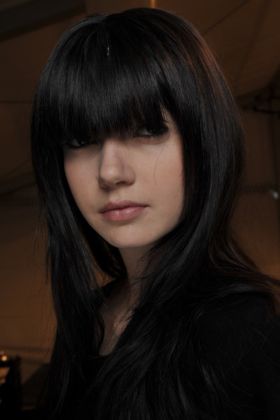 Here’s one look of show that’s standing out amidst all the bold, urban, and even vampire-inspired beauty trends we’ve seen at Fall 2010 Fashion Week: Lela Rose looked up to the sky, the moon, and the stars for the beauty inspiration of her fall 2010 fashion show. 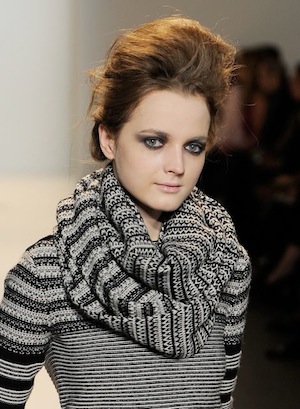 Makeup artist Tina Turnbow for Beauty.com created a moonlight smokey eye effect using a shimmery dark gray eye shadow (from the Tarte Eye Couture Palette). “The color looks like the midnight sky and the irridesence is reminiscent of the stars,” she says. “The shape of the eye shadow is spherical because it goes well into the inner corners, which makes it look round like a planet and opens up the eye.” Even the lip has a celestial twist. “It’s a cloudy sheer white gloss,” says Turnbow. The models’ nails were painted with Deborah Lippmann Across The Universe nail polish, a midnight blue with lots of sparkle–another nod to the sky and the stars. Read full article in dailymakeover.com