Here’s lovely Beyonce Knowles and Chris Martin at the Hope for Haiti Now Telethon on Friday, January 22, 2010. I love Beyonce’s new bangs. Definitely a rock star hairdo. Must be amazing to do a duet with Coldplay’s Chris Martin. Classic. I’m a huge Coldplay fan. I have a thing for British rock stars as you probably already noticed. In addition, it is beautiful how celebrities come together to give back and help Haiti!

Beyonce got bangs: Do you love? 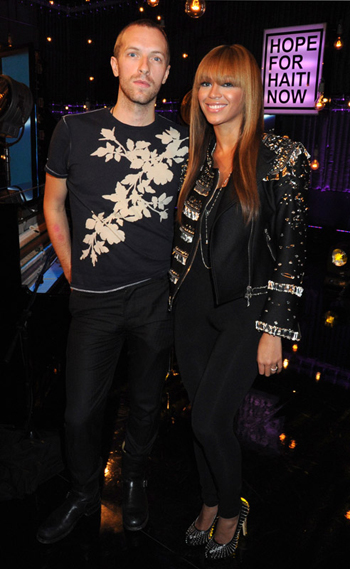