All Posts Tagged With: "Milk Studios"

New to this season, MAC Cosmetics introduces the exclusive online only MAC & Milk Collection – a selection of backstage essentials found in every makeup artist’s kit. These show staples are consistently relied upon by the MAC PRO Team to create the key fashion week beauty trends throughout the world.

“Radiant skin, smokey eyes and beige lips seem to be a part of the beauty trends every season. The MAC & Milk Collection are the iconic products that create these trends. No makeup artist can live without these products during Fashion Week,” says Gordon Espinet, Vice President of Global Makeup Artistry, MAC Cosmetics.

SKINCARE
Strobe Cream – $29.50 – The ultimate quick fix for skin. This cream brightens and clarifies with iridescent particles and antioxidants, enhancing the effect of light on the skin.

MAC Cosmetics To Partner With Milk during the upcoming Fashion Week Spring 2010.

MAC Cosmetics announced last Thursday, July 23rd 2009, that it will host a series of runway shows, presentations, special events and other creative activities at Milk Studios during New York Fashion Week (September 10-17) for the Spring 2010 season.

MAC and Milk will offer designers multilayered support including; space for their shows, presentations and press appointments. A designer will also have the option to hold castings, hair and makeup tests and look book shoots at The Milk Building (450 West 15th Street) throughout the duration of Fashion Week. 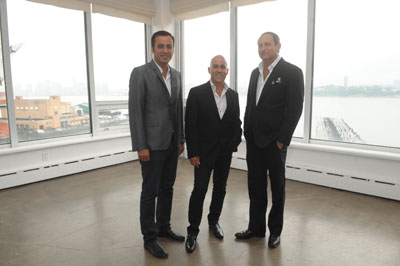 Supporting designers and the fashion community has always been part of both MAC and MILK’s DNA and is the driving force behind this project. The objective for both partners, already entrenched in the fashion and design community, is to create a space where designers, makeup artists, hair stylists, photographers, media, retailers, design schools and students can come together. The desired result for this collaboration is to inspire new ways of presenting and showing collections in a unique environment, fostering the evolution of Fashion Week in New York. 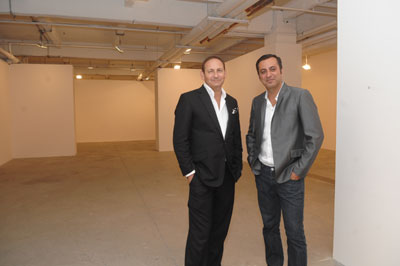