All Posts Tagged With: "Gerard Butler"

Jennifer Aniston and Gerard Butler, the Bounty Hunter co-stars look fabulous and super glamorous on the cover of W Magazine April 2010. The title is cute: “Jen & Gerry”. The famous duo were photographed by Steven Klein and styled by Alex White. Do you love? 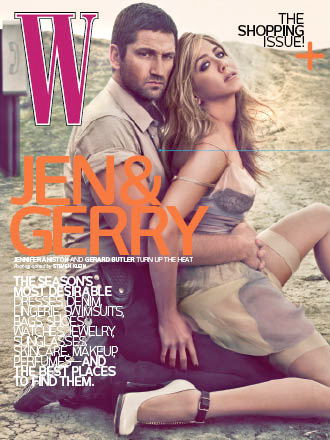