All Posts Tagged With: "Austin Powers"

On my recent trip to New York City I visited the Lancôme boutique on Upper West Side, which was a totally luxuriating (Marta just made this word up) experience. I love makeup and I love Lancôme so as you can tell it felt like heaven to me, lol. The icing on the cake was being introduced to Lancôme’s top celebrity makeup artist Sandy Linter, an industry icon. She’s worked on more celebrities and supermodels than any artist around. She was recently awarded an Elle Genius Award (check out the April 2009 issue of Elle!) and there’s a great interview with her in the April Allure that’s part of the gorgeous “Coming of Age” story featuring Cindy Crawford. 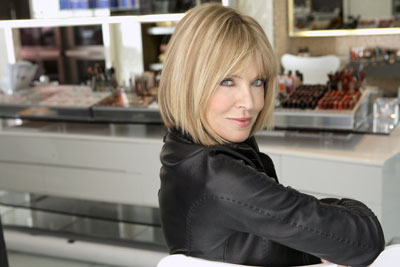 When chatting with Sandy, she told me she did makeup for Sigourney Weaver! Sandy also did the makeup charts for the Austin Powers movie. Yes, yes…cool stuff!

I was thrilled when Sandy Linter offered to makeover my eye makeup, particularly my eye liner. She told me I almost got it right however with my eyes being a bit roundish she suggested I change my eye liner application technique. She recommended Lancôme Ink Artliner in Indigo Charm and to go for a softer eye makeup look. She took off my black eye liner and gave me the following tips on how to apply Lancôme Ink Artliner in Indigo Charm: 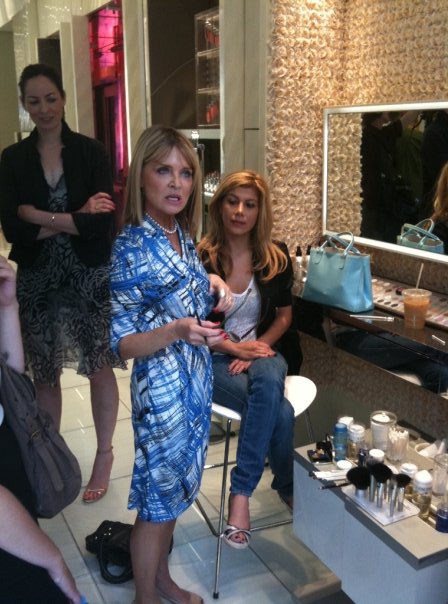