Kate Hudson on The Cover of Elle February 2009 Issue 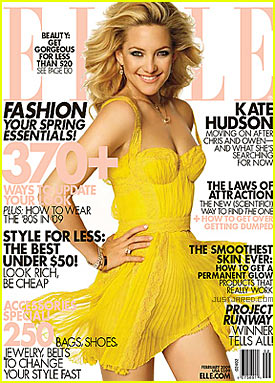 Kate Hudson looks very pretty in a yellow Dior dress, which I want to wear, it’s so Marta:)

Kate Hudson’s hair has lots of volume and soft waves. No bangs this time, hair is pulled away from Kate’s face.

As you can see, Heidi Klum cut her hair into a longer version bob. Explanation: not as short as Katie Holmes’ bob, when she cut her hair short for the first time. 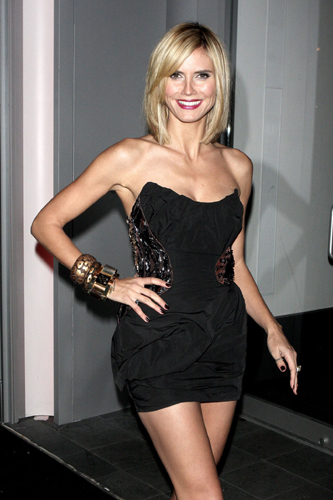 I’m a big sucker for long layered hair, however, Heidi Klum manged to convince me that short hair can still look ultra glamorous and sexy. Secret: I’m a big fan of Heidi Klum, I just love her look, how she is such a business savvy, and of course her accent.

This is Heidi Klum in her long layered hair style: 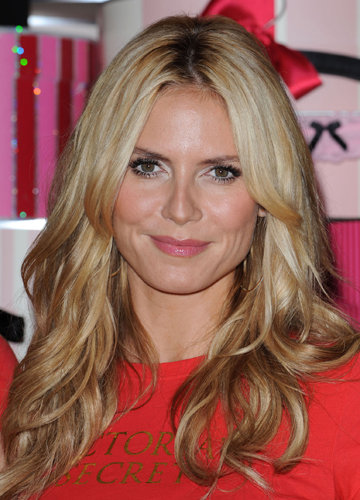 Which of Heidi Klum’s hair styles do you love most?

Hollywood actress and the star of a new movie The Spirit, Scarlett Johansson, seems to gone brunette. Shade description: Light reddish brown. I wonder if Scarlett will go even darker, or go back to her signature blond bombshell hair locks? 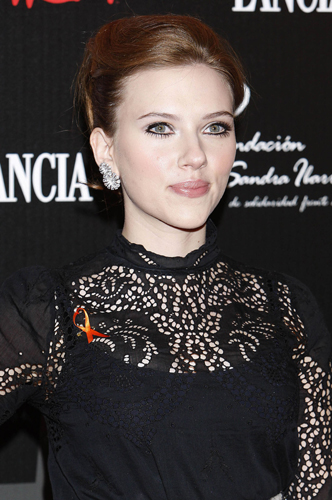 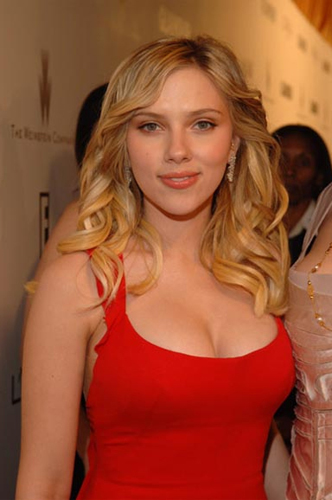 Which do you like best, Scarlett Johannson in blond hair or brown hair?

Here is a photo of Reese Witherspoon without makeup, picking up a few items at the Temperley London boutique in Notting Hill, London on Saturday, November 29. 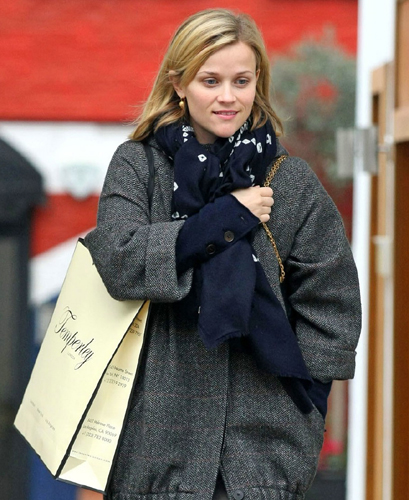 The star of the film Four Chirstmases, Reese Witherspoon, is captured in this photo as a total natural beauty. No makeup needed for Reese! 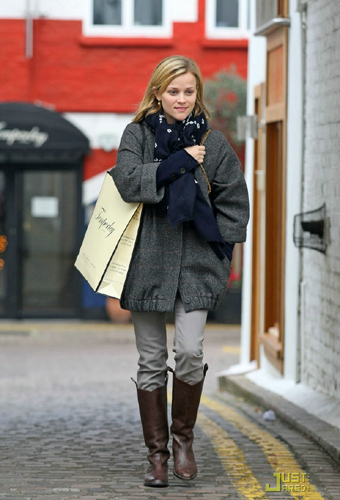 And, I also love Reese Witherspoon’s boots. When I lived in England, I used to wear these kind of boots a lot, with jeans or skirts. I call it: ” The English Look”! Or as Kate Moss says in a Rimmel commercial (do you know which one I’m talking about?): “Get The London Look””:)

Britney Spears on the Cover of Rolling Stone Magazine December 2008

Britney Spears is on the Cover of Rolling Stone Magazine December 2008 edition! 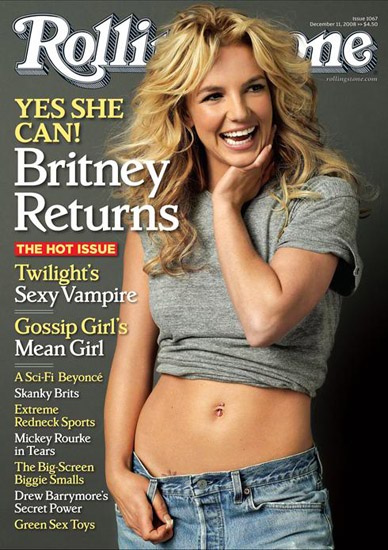 Britney Spears looks like herself, just a bit older and maybe wiser, hence, in my books, better than ever.

Here is Britney Spears on the cover of Rolling Stone October 2003: 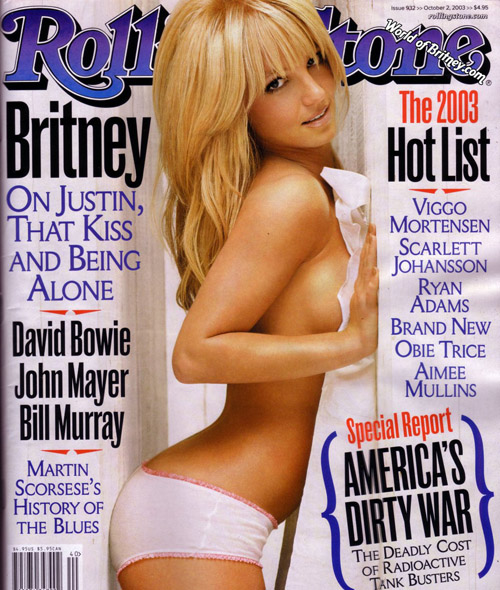 And this is Britney Spears on the cover of Rolling Stone back in 1999: 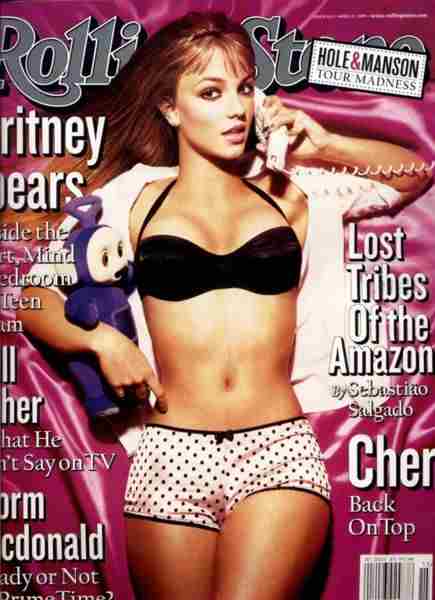 Wow! Britney Spears looks so young on this vintage Rolling Stone cover from 1999, her hair wasn’t even blond yet!

What do you think, which Britney Spears Rolling Stone cover is your favorite?

Gwyneth Paltrow, one of the most classic actresses in Hollywood, has recently launched a new lifestyle website: GOOP. If you haven’t yet visited the site, you must, at least I think so:) 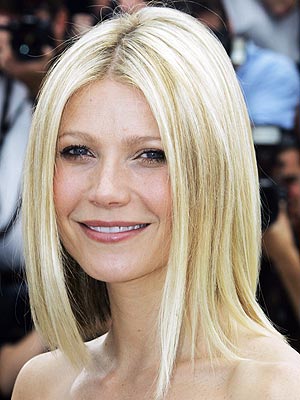 Gwyneth Paltrow is sharing with us through GOOP her experience with spirituality, style, cooking, healthy eating and fitness tips, her favorite places to eat and dine and even her favorite hotels.

And by the way, have you seen Gwyneth Paltrow’s cooking show with Mario Batali, Mark Bittman, and Claudia Bassols on PBS: Spain: On The Road Again (on Thursday nights?). Well, Gwyneth impressed me with her fluent Spanish! ‘Astonishing’, as Gwyneth says.

How To Steal Reese Witherspoon’s Look

November 23rd, 2008 |By Marta | Related | Filed Under
Filed Under: Uncategorized
Tags: Celebrity Beauty & Style • Get The Look • How To • Reese Witherspoon
Tweet
Continue Reading This Post 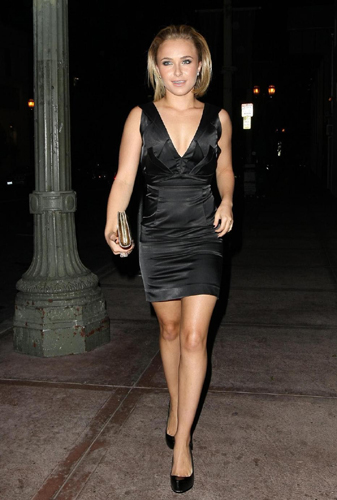 Hayden Panettiere is wearing a black nail polish, and a black eyeliner paired with nude lips, adding extra drama to her look.