All Posts Tagged With: "Nicole Kidman"

Nicole Kidman at the 2010 SAG Awards

GET THE LOOK: Nicole Kidman’s hairstyle at the 2010 SAG Awards

Celebrity hairdresser David Babaii achieved Nicole Kidman’s red carpet look by combining eras of vintage fabric textures with the perfect epoch red hair color. According to David, “Nicole Kidman always inspires me but for the 2010 SAG Awards, her beautiful skin tone and breathtaking beauty took the lead. The right style and hair color became my main objective.” David fell in love with this unique period wig that had various tones of ginger. 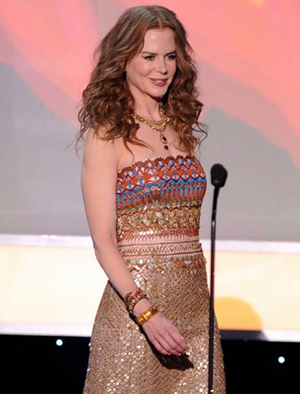 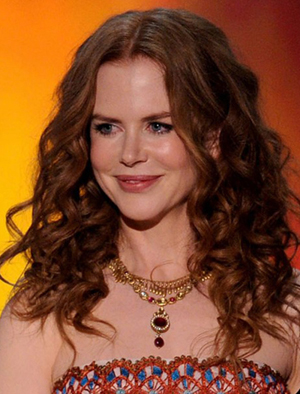 The Color: Lorri Goddard-Clark matched the vintage wig selected by David Babaii by utilizing a combination of deposit-only color, her signature foil-out reverse highlighting technique and a sulfate-free glaze. Nicole’s hair was transformed from a medium blonde into a rich, warm Gingered Toffee Red to enhance her azure eyes and porcelain skin.

Nicole Kidman at the 2010 Golden Globes

Beauty Inspiration & The Look: “Nicole is a true Hollywood movie star – and I knew I wanted to go with an old Hollywood look. Somewhere along the way, I decided to kick it up a bit and make her eyes more sexy and sultry.” 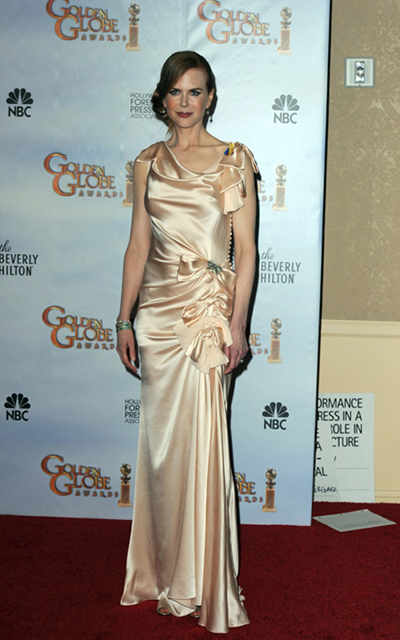 Beauty Tip: “To prepare Nicole’s skin, I used CHANEL Sublimage Cream all over her face and neck, and CHANEL Sublimage Eye Cream under the eyes. Her eyes were a combination of CHANEL Soft Touch Eyeshadows – in Jungle, Bois Bleu, and Le Bronze. I gave her a slightly dramatic look with two coats of CHANEL nimitable Mascara in Noir. On Nicole’s cheeks I used the perfect coraly ink blush, CHANEL Powder Blush in In Love. On her lips she wore CHANEL Rouge Allure Laque in Santal.”

What’s wrong with Nicole Kidman’s makeup at the NY premiere of NINE? You tell me!:) A great example of it’s not what makeup you put on it’s the technique. 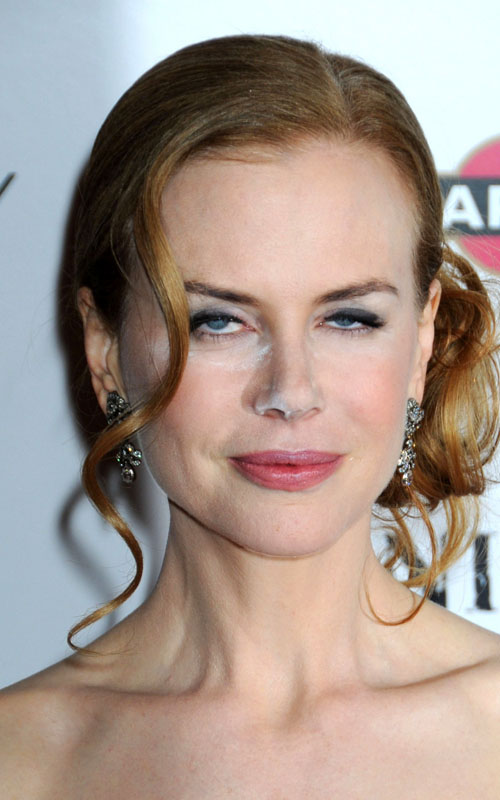 Stars of ‘Nine’ Nicole Kidman, Marion Cotillard, Penelope Cruz, and  Kate Hudson grace the Vogue Magazine cover November 2009. This Vogue cover was photographed by Annie Leibovitz. The movie “Nine” directed by Rob Marshall is about a famous film director Guido Contini who struggles to find harmony in his professional and personal lives, as he engages in dramatic relationships with his wife, his mistress, his muse, his agent, and his mother. Release Date:25 December 2009 (USA).

Which “Nine” star on the cover of Vogue Magazine November 2009 is your favorite or is the perfect 10?:) 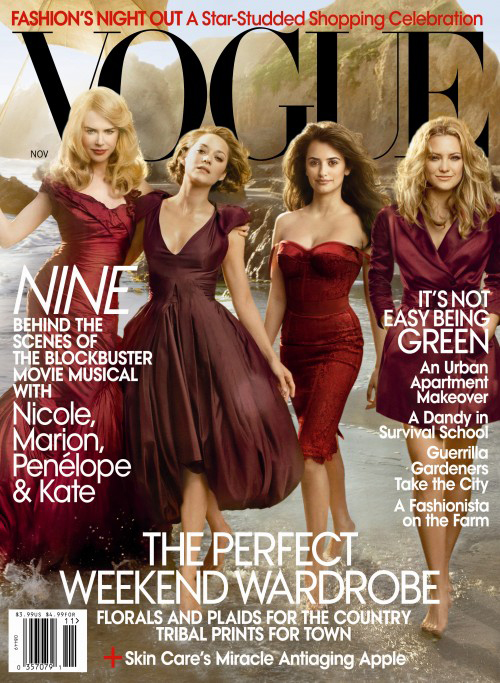 Beauty Inspiration: “When I asked Nicole what we wanted to do for the Oscars, she told me she just wanted to look beautiful! So I decided to go for basic, beautiful makeup that shows who she is – an unbelievable beauty, timeless and glamorous. Her look was pure and gorgeous, just as it should be for the 81st Academy Awards.” 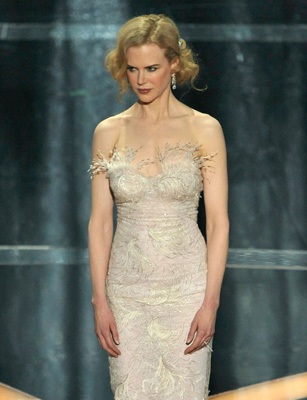